BACK TO MAIN INDEX

East Cliff Medical Practice was formed in 2004-2005 by the merger of the Mildmay Practice and the Addington Street Practice. It is a forward looking General Medical Services (GMS) practice.

It continued to function on two separate sites until December 2006 when it moved into the purpose built new Montefiore Medical Centre. In the years preceding the move the practices worked together to try and align protocols and policies to ensure that all patients across the practice were receiving the same quality service. This proved to be important preparation for the move. Since the move, patient care has continued to be delivered by 2 separate clinical teams of GPs and practice nurses (‘Addington’ and ‘Mildmay’). 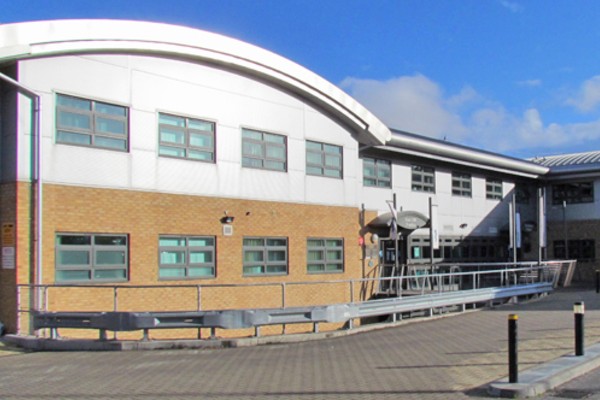 This was in response to patient concerns and a desire to maintain patient continuity. The ground floor wings of the building are marked as Addington and Mildmay to give clear direction for the patients. Although face to face care is delivered separately, beyond this the practice operates as a single unit.
The practice cares for some 15,700 patients. (May 2018)

The practice has its origins in 1920. Dr Robert Sadler the former senior partner at East Cliff joined in 1985. At this time the list size was 6,400 patients. Space was at a premium, leading to the purchase of an adjacent first floor flat in 1984 for use by administrative staff and the Health Visitors. An extension was added to the north in 1988.

The advent of the "New Contract" in 1990 was a time of major change on many fronts within the practice. The list size was, at that time, 7,200.

In 1993 the practice became third wave fundholders, but despite initial benefits, effort began to outweigh rewards for both patients and the practice, and we left the scheme in 1996.

When the list increased to 8,300 patients, the need for further expansion of premises became pressing. A major building programme to extend the ground floor to provide additional consulting rooms and convert two upper floor flats to accommodate administrative staff, was completed at the end of 1998.

The accommodation had been designed to provide distinct waiting, clinical and administrative areas. Space on the ground floor had been fully utilised for clinical purposes, ensuring that patients had no need to access the upper floor.

The upper floor was used solely for administration purposes, and provides the necessary respite from "the front line". The meeting room housed the practice library, and, together with the kitchen, provided a place to swap notes, catch up on messages and occasionally, relax.

A secure environment was provided through the use of video surveillance cameras, panic buttons and an Out of Hours door entry system.

The practice had increased its training capacity to take two GP registrars at any one time with 4 out of the 5 existing principals being trainers. One practice nurse and one health visitor were also practice educators and had students attached..

The practice also had training places for medical secretarial students from the local college and medical student placements.

The practice previously known as Addington Street Surgery was initially situated in two rooms at 16 Nelson Crescent, Ramsgate. It was then the practice of Dr Sharp, who ran it during the Second World War. In 1946, Dr Bertha Briant's sister bought the practice from Dr Sharp just before Dr Briant was demobbed from the Royal Air Force.

Originally having as few as one hundred patients, the practice expanded so that in 1947-8 Dr Briant required and appointed a part-time assistant, Dr Kathleen Watson, who worked at the local hospital. In the next few years, Dr Briant and Dr Watson employed several trainees, and in August 1956 Dr Prudence Valentine was taken on as an "assistant with view"!

In 1960 Dr Watson and Dr Valentine became full time partners and shared the building of the new surgery at 69 Addington Street. This was erected on a plot created by the demolition of five properties bombed during the war. The ground floor of this building as the surgery while the caretaker lived upstairs. In the late 80's it was obvious the surgery was too small and the upstairs flat was turned into three more surgeries, another waiting room and office.

Dr Briant retired in 1974 and Dr Pamela Young joined as a partner, followed in 1979 by Dr Christopher Peat, who took over from Dr Watson. When Dr Valentine retired in 1989, Dr Charles Leeming joined the practice and for the first time in its history, Addington Street Surgery had more male doctors than ladies.

During the late 1990s the surgery had had quite a few changes in doctors, Dr Young retiring in 1996 when Dr Alyson Macpherson joined the practice, Dr Charles Leeming moving to the Isle of Wight in 1998 to be replaced by Dr Christine Arnold. In 2001, Dr Peat unfortunately had to retire due to ill health and the practice survived with a succession of locum doctors for a period. However, one of these locums, Dr Caroline Baker, decided to join the practice as a salaried doctor and subesquently a partner in the newly created East Cliff Medical Practice. This was followed in turn by the appointment of another locum (and subsequently FCS doctor), Dr Joanna Bonnett, who initially joined in October 2004.

Until 2004 Addington Street Surgery had not had any major work for over 20 years. A review of the services available at Addington Street surgery and the imminent arrival of an additional salaried doctor led to temporary accommodation (used as office space) being sited in the garden at the rear of the surgery and a redesign of the waiting area and offices to improve disabled access (three consulting rooms on the ground floor instead of one, and also improve after reception design particularly taking into account confidentiality) on the paper medical records (which were not used on a regular basis) were stored in one of the first-floor rooms which was previously a consulting room.

The practice made a decision that no further alterations or development to existing premises would take place, delays in moving to the new premises had led to the practice not being able to provide all the additional services that it wished.
In support of the East Kent Coastal Primary Care Trust "Teaching PCT application" we anticipated that our training would not just be restricted to GP registrars, practice nurses and health visitor students, but would also encompass GP returners, GPs with special needs as well as medical students and house officers on rotation now Foundation Year 2 (FY2) doctors.
The practice has extended its clinical team to include health care assistants and health visitor assistants. These people have required training, support and mentoring. In addition to the clinical training administrative staff training needs are developing particularly along lines of triage an increasing role of primary care. The practice felt that the need for a dedicated training suite in addition to clinical and administrative space was vital to support the PCT training.

The NHS and in particular General Practice face significant challenges in the coming years. A shortage of clinical staff, aging population and the ever increasing challenge of caring for patients with multiple long term conditions. Despite the challenges East Cliff Practice intends to remain true to it's founding principles of delivering high quality personalised care to the patients we care for. We will remain forward thinking and are committed to playing our part in training the future generation of health care professionals

MORE ABOUT OUR POLICIES